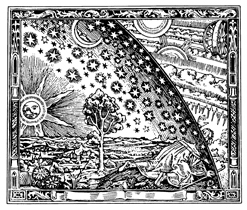 Words are important, they have meaning, and when their meanings change, awareness of the change is important too.  Words that have been in use in the Metaphysical and Spiritual Communities for centuries are being applied today in ways never anticipated or intended.  Some, such as “occult”, have been so bastardized in modern practice as to render them unwise to use.  Others, capitalized on for their acceptance within the community as part of the Spirituality lexicon, are being used in subtly altered ways to promote a philosophy significantly different from that originally associated with the word.

Two words undergoing such a change in meaning are Consciousness and Spirituality.  These words play an essential role in any discussion relating to the Western Spiritual Movement generally referred to as New Age, endowing with a veneer of Spiritual authenticity concepts developed within the paradigms of Psychology and Sociology.  As a result, a rapidly expanding segment of Western Spiritualism, known under such labels as a “Global Consciousness Movement”, display all of the characteristics of a sociopolitical activism organization, rather than a search for the mystical.  If you doubt for a moment that this is becoming a significant faction, consider that when I did a search today on the Internet using the phrase “global consciousness movement” it produced 5,870,000 results, and the phrase “global consciousness” produced 22,000,000.  A search for “Spiritualism” produced 5,980,000 results and the word “Metaphysics” 17,400,000.  That would indicate that there is at least as much interest in the concept of a global consciousness as there is in the broad categories of spiritualism and metaphysics.

The word “Spiritual” had a very clear definition as it was initially used in the mid-nineteenth and early twentieth centuries.  Everything in the world, and the universe as a whole, was divided into one of two classifications, either “material” or “spiritual”. Material pertained to that which was of the physical world, the realm of conventional science. Spiritual was the classification for all things not of the physical, everything outside of the realm of the material.  Spiritualism was therefore simply the study of the non-material.

The study of Metaphysics became focused primarily on human consciousness and its role in both the Spiritual and the Material worlds.  That meant attempting to determine the source, energy properties and make up of human consciousness, and its form of existence when not associated with a physical body.  It also involved the study of the possibility of the existence of non-physical (spiritual) planes possessing other evolutionary realms of life besides that of the physical realm, and most of all, the study and practice of how the individual could learn to actively participate in these other, non-material, planes of existence. The early Metaphysical study of the emotional/mind component of human consciousness later became the field of psychology.

Before I go further let me state that I am not questioning the usefulness of the field of Psychology when applied as a healing modality.  I may question the wisdom of some of the aspects of the discipline as they are applied, but not the benefit that many people can obtain from working with a qualified practitioner of this profession.

The substitution of the Psychology Community’s definition of consciousness for the one originally applied in the field of Spiritualism profoundly alters the modern approach to Spirituality.  In studying peer review papers being published in these disciplines today, the fields of Psychology, Parapsychology and Cognitive Science limit any discussion of the source of consciousness to the confines of the biological brain mass.  Consciousness then by definition can only exist so long as the organism, the human brain, is fully functional, in other words, alive.  I also discussed some of the ways that this has affected research in these areas in an earlier article, A Personal Opinion of the Present State of Popular Paranormal Research.

By limiting consciousness to the realm of the living brain, the Spirit portion of the Body, Mind, Spirit model is by default removed from consideration, and the research done by the Metaphysical and Spiritual Communities over the last 150 years relating to the question “is there life after death?” is summarily dismissed.  The barrier that is being artificially erected by limiting research to the biological brain mass prevents even the consideration of any possibility that consciousness may possess a form of existence outside of the physical boundaries of the human brain, and will, in my opinion, prevent these fields from ever fully understanding human consciousness.

Before this barrier was erected though, early pioneers in the study of human consciousness became aware of the mind’s ability to access information that was “unexplainable wholly in terms of physical principles”, what Freud called “archaic remnants” and Jung called the “collective unconscious”, that part of the unconscious that possesses the shared experiences of the entire human race. Jung also put forward that there was a “personal unconscious”, which possessed only those experiences that had been accumulated by the individual.  That there exists the ability to access and share a collective consciousness continues to be the subject of much study and is the cornerstone of the Global Consciousness Movement today.

In the study of Metaphysics, the focus is on consciousness in the form of an individual’s discreet consciousness, the “personal consciousness” of Jung. It is believed that positive change in the human race is brought about as the result of a community of people working on themselves individually to accomplish commonly shared Spirituality based goals.  Those working on personal development have to first deal with their own issues, attitudes, strengths and weaknesses, and then, and only then can they, through the example of a life well lived and an improved personal energy, help others, the “doctor heal thyself” principle.  The emphasis is on a life lived by doing what is perceived as “spiritually” right, not on what is considered as either socially acceptable or desirable, as is the case in the development of a group consciousness.

On the other hand, following a spiritual path within the Global Consciousness Movement works with Jung’s “collective unconscious”, calling for each individual’s efforts to be focused on doing everything they can to encourage others to adopt a mindset identical to theirs, one based on “we” in place of “I” placing a priority on a “world view” rather than viewing things through a local perspective.  In this system of belief, the individual’s prime reason for existence is to help bring to the world “harmony through conformity”.  It is a movement predicated upon the shared conviction that a point in human social evolution can be reached where universal peace is the norm, once enough people have been conditioned to develop the same “We in place of I” mindset.  Then, through some ability of the human mind that they do not completely understand (ESP?), all other minds will be triggered to unconsciously reprogram for similarly acceptable world view mindsets.

The key to understanding the Global Consciousness Movement is to understand that the whole process works not with developing a better understanding of the overall human consciousness of Metaphysics, but with the human mind of the fields of Psychology and Sociology. This shift away from studying the development of consciousness as an aspect of the spiritual, meaning the nonphysical, to a shift towards identifying group consciousness in terms of a group consensus of human minds is, I believe, a result of the heavy preponderance of people in leadership positions of the movement who earned their degrees, and pursue careers, within the field of psychology and or medicine.   I can see where there would be a tendency on their part to shape a course in the pursuit of spirituality that would follow a path of least resistance by remaining within the province of the study of the Mind.  To hold as a belief that independent minds can be programmed for commonality of thought does not require any consideration of the existence of thought or consciousness outside of the boundaries of the human brain, allowing them to remain within the comfort zone of the definition of consciousness as a byproduct of the organic based mind that they were taught as students of psychology.

This is obviously not the same thing as believing in the existence of the group soul consciousness of Metaphysics, one whose existence is of a realm not of the physical, and that exists outside of the boundaries of the brain cavity, sharing information and experiences through non-physical means. It is this difference in beliefs that make me feel that a Global Consciousness developed through the programming of a group consensus of minds creates several issues of concern:

When any consideration of consciousness is limited to its being a biological function of the human brain, and group consciousness refers to the individual “minds” of a group being in consensus with respect to social and political issues, then the form of Spirituality that is associated with such a movement also falls within the realm of the mind, becoming just a form of “right thinking”, as defined by the leadership of the Global Consciousness Movement.  This type of group or collective consciousness falls under the definition of a hive mind, a form of slave mentality.

I do not think that this is something that we should aspire to.

2 Responses to “On Consciousness and Spirituality”